A new CPP survey reveals the depths of the nation’s pessimism about the future of local economies and underlines the importance of doubling down on fair inclusive growth.

No evidence levelling up has delivered

• People in the North East (63%), Yorkshire and Humber (60%) and Scotland (58%) are particularly dissatisfied with the amount of spending on infrastructure to encourage growth (compared to 47% for the UK).

• 50% of people in the North East think their local area offers good economic opportunities to a few people or nobody (compared to 33% across the UK).

People expect rising inequality between and across generations

• Around half (49%) of those surveyed think their local areas will become less equal over the next 5 years in terms of access to economic opportunity compared to just 11% who think it will become more equal.

• 79% of people are not confident that their local areas will meet the needs of young people in terms of being able to find a good job and somewhere to live (away from their parents’ home) over the next few years.

When asked what changes would make the biggest improvement to their local economy over the next 5 years, the most common responses were more affordable housing, more investment in high streets, better wages for workers and better quality public health and healthcare. But there are substantial regional differences:

With the pandemic and now cost of living crisis revealing the fragile nature of local economies, a credible yet hopeful vision for the UK’s economic future is needed. Public and private investment in places to support inclusive, fair growth, must form the centrepiece of any governments’ economic agenda to turn the tide. 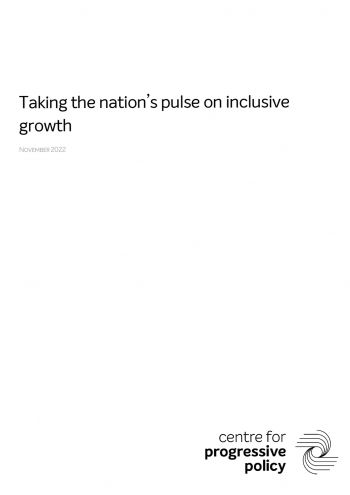