The third blog in our social infrastructure series highlights skills as a vital component of economic resilience for both people and places, with low-skill workers particularly hard hit by the current crisis.

Why invest in skills?

“Skills, skills, skills.” That’s what MP Robert Halfon, chair of the Education Select Committee, believes should drive the recovery from the economic crisis we currently face. Investing in skills means equipping people with the competencies they need to enter good, skilled employment. As we move beyond firefighting the immediate impact of Covid-19, investing in the skills of the population can lay the foundations for an inclusive recovery.

Past recessions have taught us that the skill levels of local populations are central to recovering from economic shocks. CPP analysis of the fortunes of local authorities in the aftermath of the 2008 recession found that areas with a greater proportion of residents with higher level skills tended to recover quicker. Conversely, those areas with a higher proportion of residents without a formal qualification suffered greater increases in unemployment in the years following 2008. It was a similar story across Europe, with low-educated workers the most likely group to lose their jobs following the recession.

The current crisis is also very tough for those lacking intermediate or higher level skills. Judging by furlough data, workers in shutdown sectors in the UK tend to be lower paid and be qualified to lower levels. Covid-19 will exacerbate the inequalities that flow from differences in skill levels.

CPP estimates that 1.2 million people are currently furloughed from jobs that unfortunately no longer exist.[1] The skills system must play a central role in helping these people back into good employment. Setting a target of investing in the skills of at least half of the people in these so-called ‘zombie jobs’ would create significant and lasting benefits for the economy.

Investment over the last decade

Analysis by the Institute for Fiscal Studies shows that total spending on adult education and skills has fallen by 39% in real terms from a high of £5.2bn in 2003/04 to £3.2bn in 2018/19 (2019/20 prices). The fall in spending has been concentrated in classroom-based learning, with work-based spending up over the period. Internationally, the OECD ranks funding for adult learning in the UK at 22nd out of 33 mostly advanced countries.

How can investment deliver the best outcome for society?

The benefits of getting it right

Investment in skills is vital for the levelling up agenda. CPP research shows the former Red Wall areas in the North and the Midlands lag the rest of the country on a range of skills indicators, with the reverse true for the London and the South East. By tackling these disparities, the government can go a long way towards levelling up the country.

There is also a strong fiscal case. While debate usually centres on funding levels and costs, investment in skills should be seen as exactly that; an investment. Public money spent on skills training has been shown time and again to more than pay for itself. Equipping people with higher level skills means they are less likely to require unemployment related benefits and more likely to pay more in taxes. Research by the then Department for Business, Innovation and Skills (BIS) found that classroom based vocational qualifications provides a positive net fiscal return for the Exchequer at levels 2 and 3 of between £3,000 and £48,000 per person. Separate research by BIS estimated the lifetime productivity return of a Level 2 apprenticeship at between £31,685 and £148,700 for women and £67,937 and £313,668 for men. The corresponding figures at Level 3 were £39,206 – £186,405 for women and £80,550 – £423,128 for men. Applying this to tackling the looming unemployment crisis, we estimate the productivity benefit of reaching a target of upskilling half of the 1.2 million people currently in ‘zombie jobs’ would be £39bn.[2]

Conditions all investments must meet

Investments in skills training must focus both on quality and progression. On the former, too often past initiatives have fallen by the wayside because they have sacrificed quality for quantity. A case in point is the target for three million new apprentices between 2015-20, which risked the proliferation of low-quality courses that pushed the definition of an apprenticeship to the limit, such as the ‘Sandwich Artist’ apprenticeship. Thankfully, the target was quietly dropped by government last year.

Progression is also vital for ensuring investment in skills maximises public value. Previous CPP research showed that progressing from Level 2 to Level 3 increases an individual’s annual earnings by more than £2,000 in the first year alone. However, an estimated 37,530 young people each year complete a Level 2 apprenticeship and do not progress into Level 3. Analysis by CVER also shows that progression through vocational qualification levels can lead to higher earnings across the majority of subject areas.

‘Shovel ready’ investments in this area

Given the strength of both the levelling up and fiscal cases for investment in skills – as well as the scale of the economic crisis we face – CPP has proposed a new turbocharged Right to Retrain, recognising the role of the state in equipping people with the skills they need to navigate economic shocks. The measures it proposes – from a new Learners Living Allowance (LLA) to ramping up online learning – require a step-change in the way our skills system operates: focusing on digital learning rather than the classroom, upskilling rather than standing still and local rather than national in its delivery. These actions could be taken swiftly – particularly accelerating online learning – meaning furloughed workers get access to the training they need before the scheme is rolled back.

How much will it cost?

Calculating the cost of investing in skills training is highly dependent on the subject, the level and the type of provision. However, given that the total Adult Skills and FE Budget for 2018/19 was £3.6bn and participation was 2.1 million, a rough estimate of training cost per person is £1,740. Applying this to the 1.2 million people in zombie jobs suggests a total training cost of about £2.1bn. Added to this should be the cost of the LLA, which if it follows the HE system, should cost roughly £6,150 per person per year. Adding this to the training costs, gives a total estimated cost of £9.6bn. Our conservative estimate of the productivity benefits that would flow form this investment, £39bn, is more than four times this figure.

How will we know if the investment has been successful?

The aim should be for everyone engaging in the skills system to move into good employment. Though starting from a low base, data on outcomes from skills training is improving. The Longitudinal Education Outcomes (LEO) dataset is improving our ability to assess the consequences of different types of training, and so we now have a much better understanding of which courses produce positive wage returns. But progress in incorporating this into official evaluations is slow and too often the success of a course depends simply on whether the participant has moved onto further training or employment, regardless of its quality.

Evaluations must acknowledge that not all employment is equal, and the government must target good work as the objective of skills training. This of course goes beyond earnings and encapsulates issues such as precariousness and access to progression opportunities.

In line with public sentiment, the government has signalled its intention to ‘build back better’ after the crisis. But to truly build back better, the government will have to invest in the social infrastructure of the country. Levelling up the skills of the population must be a priority in order to make good work a reality for all and ensure millions of people aren’t permanently locked out of the labour market. The good news for government is that investment in the skills of the nation will pay for itself many times over.

In the next blog of this series, we will be looking at the business case for investment in childcare.

[2] This figure uses the lower estimates of the lifetime productivity return to a level 3 apprenticeship over a Level 2 as a conservative proxy for the returns to upskilling. For more details, see the appendix to Reskilling for Recovery. Available at: https://www.progressive-policy.net/publications/reskilling-for-recovery 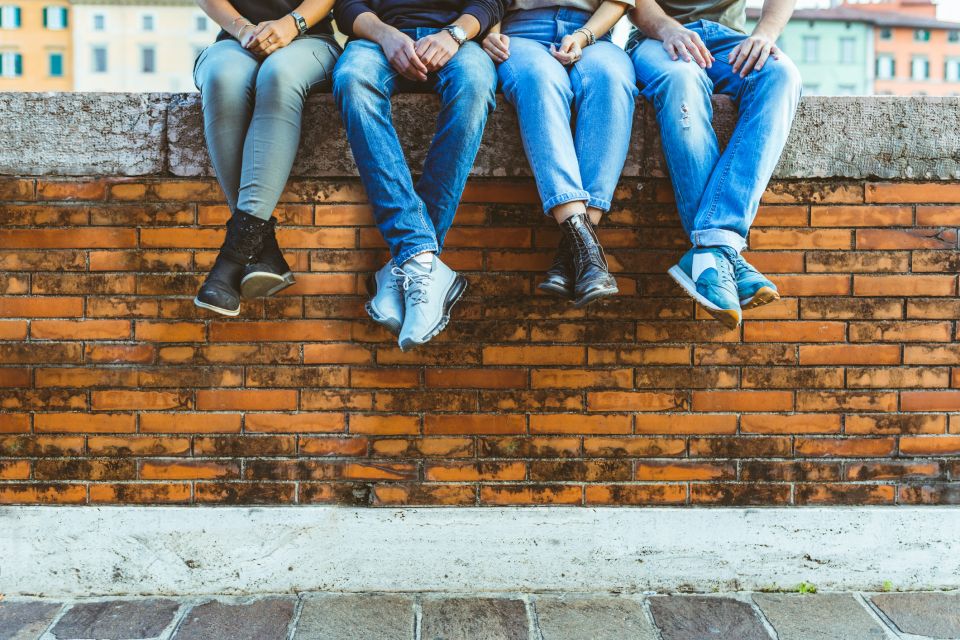 The business case for investment in: youth services

The second blog in our social infrastructure series outlines the economic and social imperative for investing in youth services. 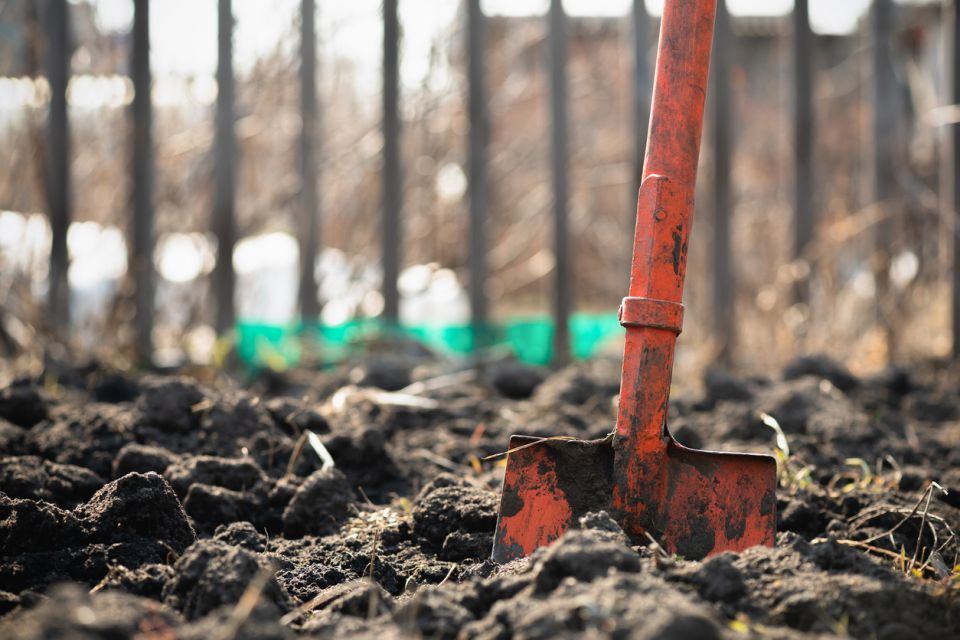 The first blog in a series exploring the case for investment in different types of social infrastructure and highlighting 'shovel ready' projects.