We are just weeks into the new government, and it's clear things are changing. This is not going to be austerity Britain as we’ve known it for the last decade. Driven by a swathe of new Tory MPs from the Midlands and North of England, there is a determination and political motivation to rebalance the UK’s London-centric economy. This will mean re-writing the government’s fiscal rules as well as the Treasury’s guidance on policy and project appraisal known as the Green Book. It will also likely mean revisiting and resetting the government’s approach to industrial strategy - local leaders in Mansfield or Middlesbrough are likely to have a much better understanding of the different barriers to local investment, innovation and growth in their areas than civil servants in Whitehall.

A refresher on the UK’s industrial strategy

For years industrial strategy was a dirty word – associated with the state picking defunct firms and industries in the 1960s and 70s. But after decades in the wilderness, it was Theresa May’s government who fully resurrected the term with the intention of boosting productivity and good jobs after a lost decade of economic stagnation. The strategy was focused at the national level on several “grand challenges”: AI and data, ageing, clean growth and the future of mobility. To support and complement this, the government set out its mission to promote productivity through local industrial strategies and by securing partnerships between government and industry on sector specific issues – called “sector deals”.

Several regions have been developing their own local industrial strategies in collaboration with national government, while there are 10 sector deals in place. These developments were very much part of Theresa May’s old regime and we are yet to hear any announcements about the new government’s approach at national or local level and action on local industrial strategies has stalled. In the context of intended regional economic rebalancing and with GDP falling towards the end of last year, it may be a good time to consider where next for the UK’s industrial strategy.

As persuasively argued by Professor Richard Jones last year, the state’s recent role in creating markets and driving innovation has generally focussed on the supply side rather than stimulating demand. He asserts that this matters greatly for place – there is a crucial role for industrial strategy to raise demand in those places which are caught in a trap of low innovation, low skills and low wages. In other words for these places, a policy of “build it and they will come” or “train the people and they will find high paid employment” will not work.

From strategy to strategies

Jones’ work was widely quoted, in part because his paper was endorsed by Chief Advisor to the Prime Minister Dominic Cummings. The Science Minister Chris Skidmore recently echoed this sentiment and quoted Jones’ paper when discussing the importance of “levelling up” research and development across the country. He emphasised the point that in London, the government puts in 78p for every £1 of private money on R&D while for every £1 of private investment in the West Midlands, the government contributes only 20p. But if the government is serious about rebalancing, it will need to go far beyond R&D to adopt a mixture of supply and demand side policies that address the complex interplay of factors keeping places trapped.

As argued in a 2017 report for JRF, the future of demand side policy is no longer about picking winners, but rather about ensuring complementary supply and demand side interventions that are carefully targeted at addressing the needs of particular places. For example, the authors discuss an intervention in San Antonio, Texas which successfully focussed on aligning the occupational demands of employers with the provision of training opportunities for jobs that offered good pay and development. These principles were reflected in the selection of four target sectors: health services, business systems, information technology, and vehicle maintenance, repair and overhaul.

If this is the direction of travel, it would imply a move away from top down, supply side investment which has typically (though not wholly) resulted in more investment being directed at the productive parts of London and the South East and towards bottom-up industrial strategies with the intention of harnessing the assets and resources of places to “level-up” demand and supply nationwide. Moving from the old world to the new will be no mean feat and poses several fundamental questions such as:

These are big questions that need answering if the government is to deliver a new effective approach to industrial strategy. But the latest intake of Conservative MPs from the North of England and Midlands will be prepared to fight hard for a robust approach to economic rebalancing which includes an industrial strategy designed to maintain the trust of the electorate beyond Brexit. Their political lives may depend on it. 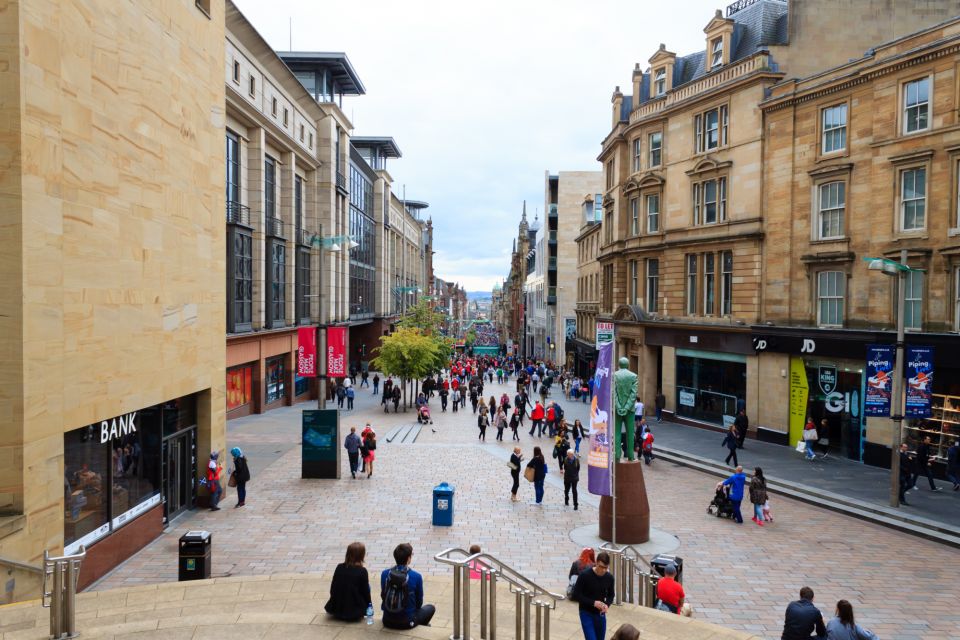 How changes to government spending could promote inclusive growth

How to do local inclusive growth