Sir Oliver Letwin’s review of build-out rates last year marked a major step forward in policymakers’ understanding of the UK’s housing supply crisis. It is therefore very welcome that the Housing Secretary, James Brokenshire, this week acknowledged Sir Oliver’s analysis that it is the market absorption rate - the rate at which new-build homes can be sold at their target price - that is the ‘binding constraint’ on housebuilding rates. Sir Oliver’s analysis indicated that diversifying tenures on these sites away from the current reliance on open market sale holds out significant opportunities to overcome the absorption rate barrier. Above all, the need for social rented housing is virtually unlimited in areas of high housing pressure, and the market for this kind of housing is separate from the price-constrained market for open market sales.

The government’s plans for redressing the current reliance on homogenous market sale homes are flawed, however, and there is a significant danger that ministers will only come to realise this after another lengthy period of time has elapsed. The present housing situation, and the government’s ambitions to build more than 300,000 homes a year by the middle of the next decade, require harder thinking and much greater urgency.

In his written response to the Letwin Review this week, Mr Brokenshire noted that “there had been a widespread acceptance of Sir Oliver’s analysis across the sector and a consensus has emerged that it is the market absorption rate that determines the rate at which developers build out large sites”. The consensus is correct and has been hard-won after many years during which various industry interests have sought to muddy the waters and cast the blame for slow build-out rates on a host of other, non-critical issues.

Mr Brokenshire indicated that he intended to take forward Sir Oliver’s proposals for tackling this problem, which involve requiring a greater diversity of homes - in terms of size, type and tenure - on large sites, which should aid faster market absorption and so quicker build-out rates. He also agreed that the costs of doing so should be borne by landowners through lower residual land values. This too is very welcome and the Secretary of State should be commended for pursuing it given the resistance there has been from many in the housebuilding industry who, he noted, “are sceptical of this approach”.

However, Mr Brokenshire also indicated that there would be no changes to primary legislation in order to facilitate these changes. Instead the government will attempt to introduce them via new planning guidance, to be published shortly. This is a mistake: without legislative reform, specifically to the 1961 Land Compensation Act, the Letwin plans will be shrouded in uncertainty until their attempted implementation and are at that point at serious risk of failure.

The Letwin proposals involve designating certain larger areas of prospective residential development - those with the capacity for more than 1,500 homes - as ‘Large Sites’. Once designated as such they will then be subject to new diversification rules which will enable the local planning authority to stipulate a wider range of sizes, types and tenures than would ordinarily be forthcoming in a typical market-led development. The effect of this would be to reduce the residual land value for the landowner. Sir Oliver suggests that this value could justifiably be driven down by diversification requirements to no more than ten times the existing use value of the site.

The idea behind this is that the greater diversity of output on the site will be absorbed by the market more quickly - the new homes will tap a wider pool of demand - and so the build-out rate should rise from present levels. Theoretically, the proposal is sound enough, although it is unlikely to be a panacea for all of the country’s housing difficulties. The difficulty lies, however, in enforcing these requirements if a private landowner does not wish to accept the lower residual land value that they will impose on him or her. In the high-demand areas of the country for which these proposals are designed, landowners’ paper losses in this respect will be significant. The likelihood of encountering strong opposition is great, if not inevitable.

Sir Oliver proposes that in order to enforce the new ‘Large Site’ designations, and their associated diversification requirements, local authorities should have recourse to compulsory purchase powers. But this is where there is a flaw in the proposals and where, without legislative change, this policy is effectively unimplementable.

The Land Compensation Act 1961 – a hurdle for Letwin’s proposals

When land is compulsorily-purchased, the compensation to which the landowner is entitled is set in accordance with the Land Compensation Act 1961. This defines the market value of the land not in line with the scheme that has been proposed but in line with the use to which it might have been put if there had been no compulsory purchase (‘the no-scheme world’).

The difficulties posed by the 1961 Act, and its protection of the no scheme world value, which is often referred to as hope value, have been widely discussed and debated in recent years and there is a significant body of opinion - from across the political spectrum and on both sides of the House of Commons - that now backs reform. Unfortunately, the Letwin review sidestepped the issue. So too has Mr Brokenshire in his response to the Letwin findings.

The government’s reluctance to address this issue may be understandable given vociferous lobbying in favour of the status quo from various representatives of the industry who may be impacted by lower revenue streams and profits if the 1961 Act were to be reformed. Many objections have been raised to reform - some inconsistent with others - but the one that appears to have assuaged ministers and officials is the argument that hope value is not in fact a threat to Letwin’s plans: that it is rarely awarded in practice and, where it is, the sums are insignificant.

This is deeply misleading in the context of the Letwin reforms as there is simply no legal precedent for the approach that Sir Oliver has advocated. There have been, it is true, a series of cases where hope value has been claimed and the amount awarded has in the end been quite modest. Spuriously-inflated values have been knocked back by the courts in various instances. But none of these cases have borne any resemblance to the kind of schemes that would be advanced as part of the Letwin framework, which will involve land that would almost certainly have been in line for highly-lucrative residential development in the no-scheme world (and, if they were not, then this would be to defeat the purpose of the Letwin reforms).

Most of the hope value claims that have been settled in recent years have been for land that is to be used for infrastructure (roads, rail etc) or, at best, mixed-developments that may incorporate a small amount of housing. They have rarely involved land that was very likely to receive residential planning permission. And they have rarely been on land in the highest-demand areas. For a combination of these reasons in a variety of different cases, hope value awards have tended to be small.

They are not at all comparable, however, with the schemes envisaged under the Letwin proposals. There is a good reason for this: the precedents that exist from recent years largely relate to marginal cases in which landowners have made ambitious but mostly unjustified claims. The law has dealt with this in the way it should: by modifying or even rejecting them. The kind of schemes that Letwin proposes have not been attempted, and there is a good reason for that too: because in those cases, the claims would stand.

The government’s housing policy has come a long way in recent years as understanding of the issues surrounding housing supply have improved significantly. There is a danger now, however, that progress loses momentum short of the final goal because of a misplaced optimism that the solution has been found. Ministers are almost - but not quite - there. If they wish to see serious progress towards their housebuilding ambitions in the coming years, they need to finish the job now, and reform the land compensation rules. 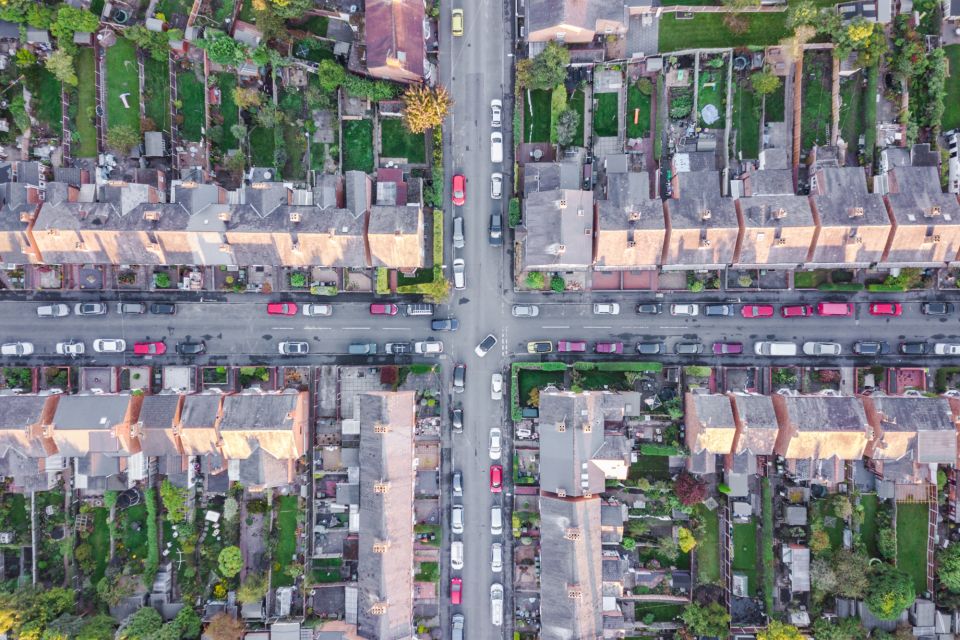 Our joint response has been mentioned by The Sunday Times highlighting our concerns that current land compensation rules are a barrier to solving the housing crisis.