The 2020 Public Services Commission ran between 2008 and 2010. It was a major inquiry into how UK public services could respond to the significant challenges of the decade. Chaired by Sir Andrew Foster, Commissioners were drawn from across the political spectrum, local government, academia, and from the public, private and third sectors.

Alongside the roundtable, CPP published a collection of essays from those who were part of the original Commission. Edited and collated by CPP, the essays provide a key point of departure for policy makers and practitioners into the required response to the current crisis and beyond.

The tumultuous decade that followed the 2020 Commission was characterised by austerity, a decline in average earnings, and a collapse in public trust. Non-statutory local support services had funding slashed, deeply damaging the social fabric of communities. CPP analysis in the essay collection shows that investment in community infrastructure (which includes youth services, sure start, libraries, open spaces and recreation and sport) reached its lowest point prior to the Covid-19 crisis. Spending on these key community assets fell by more than double the average fall in local government spending, while the number of people volunteering or involved in other forms of civic activism also fell.

In the wake of these trends, the state of public services has become increasingly salient following the Covid-19 crisis. With so many people out of work or furloughed and relying on the public sector and their local communities, the need to understand public services as complex systems which are owned at different levels is more relevant than ever.

The roundtable began by reflecting on the concept of social productivity and its continued relevance in a Covid world. Coined by the 2020 Commission, social productivity represents empowering forms of public services which are citizen-led and delivered locally. To increase social productivity would be to create participative citizen-service engagement, with more local control over decisions and a shift in finance away from the centre. Greg Parston writes in his contribution that “citizens too often are treated as objects of service delivery decisions, rather than as active participants in the changes that directly affect their lives.” Building this empowered notion of citizenry is essential to social productivity.

The economic disruption caused by Covid-19 has called in to question a wide range of received economic wisdom. Now, the highest praise goes to essential workers in industries like retail, logistics and healthcare, rather than those in the highest value-added jobs. Ben Page writes “it is just possible that in the wake of Covid-19, we see a more egalitarian reset […] that recognises the contribution made by low paid health, social care, retail and delivery workers.” This change in focus from economic to social value could help create a broader shift in priorities, guiding us towards a more collaborative and community-based approach to policy. As Victor Adebowale, Jeff Masters and Anna Randle put it in their entry to the collection, “the future is now appearing: it needs nurturing and spreading.”

As Charlotte Alldritt’s contribution to the collection highlights, the realm of political possibility is rapidly expanding. She writes that we are in “uncharted territory,” and accordingly the economic recovery from Covid-19 cannot rely on the old playbook. Inclusive, place-based growth, and investment in social infrastructure can enable a new model for our political economy.

The risk of further centralisation was a core part of the roundtable discussion and a feature of some of the contributions to the collection. The government’s response to Covid-19 has been highly centralised, especially at the beginning of the crisis. Then, only PHE’s laboratories were used for testing, and shielding lists used central NHS data, with lockdown being uniform across the country.[1][2]

This instinct to centralise shows how much work needs to be done to institutionally embed localised crisis response in policy. Nick Bosanquet’s entry ‘A troublesome legacy: more centralised, less preventative services’ notes how local-run programs have drastically reduced the incidence of late HIV diagnoses, especially in Manchester and London. With Covid-19 transmission often driven by clusters, empowering community public health teams who know their locale could help avoid future waves of the illness.[3]

The NHS’s response to Covid-19—freeing up hospital space, the establishment of Nightingale hospitals—was fast and effective. But the urgent need to respond to the acute crisis runs the risk of draining resources from preventative and community-based healthcare measures, which were already deeply under-resourced. Geoffrey Filkin’s essay notes that through more preventative healthcare we could “prevent up to 75% of new cases of heart disease, stroke and type 2 diabetes [and] 40% of cancer incidence.” These actions, as well as further digitizing the NHS (as per Tim Kelsey’s essay) will be key to building the long-term resilience of places in the wake of the crisis and we would be mistaken to continue to neglect them.

The potential of a local approach

Despite the cuts to community spending and a sustained fall in community participation, roundtable participants noted the increase in mutual aid groups and other community organisations since the start of the Covid-19 crisis. Citizens have constructed a spontaneous social infrastructure, showing both the potential for local initiatives and how badly we need them. Matthew Taylor’s contribution to the collection emphasises this point; he says that only through a coalition of change-makers can we make lasting changes to policy. Paul Buddery hits a similar note, writing that “over the last decade, much of the most exciting public service innovation has been in local government, where habits of municipalist planning and control have been giving way to new forms of system leadership and citizen engagement.”

Local models, which address local issues, can mobilise the power of the state much more effectively, targeting the problems specific places face. Community initiatives in response to the pandemic provide a useful starting point, but a full institutional framework will be needed to direct the state’s resources in order to support and sustain these initiatives. Bridget Rosewell’s contribution stresses that in order for this to happen, local areas must be given genuine autonomy and allowed to stand on their own two feet. She writes “if we treat citizens like children, that will tend to make them behave as such.” Local areas need to be allowed to operate on their own terms, even if there is risk involved this approach.

Covid-19 has made it clearer than ever how people in places are affected by policy and public services. So far, the government’s centralised approach to dealing with the Covid-19 crisis has had mixed results, and we need to move away from centralisation occurring as a knee-jerk reaction. Ultimately local models, which address local issues, can mobilise the power of the state much more effectively to target the problems specific places face. Such models, combined with greater investment, can empower citizens to design and deliver services which truly work for them.

Read the complete collection here or individual essays through the links below.

Social productivity: the future is all around us

Building a coalition for change

Where next? Rewriting history and the role of the state

Social productivity in a lost decade

It is not enough to have good ideas: actions come harder

Public services and localism before and after Covid-19?

Online or in-line? Ten years on

[1] Talbot, C. (2020) Government has centralised the coronavirus response – but there's a role for the local too. Available at: https://www.kcl.ac.uk/news/government-has-centralised-the-coronavirus-response-but-theres-a-role-for-the-local-too

[3] Kupferschmidt, K. (2020) Why do some COVID-19 patients infect many others, whereas most don’t spread the virus at all?. Available at: https://www.sciencemag.org/news/2020/05/why-do-some-covid-19-patients-infect-many-others-whereas-most-don-t-spread-virus-all 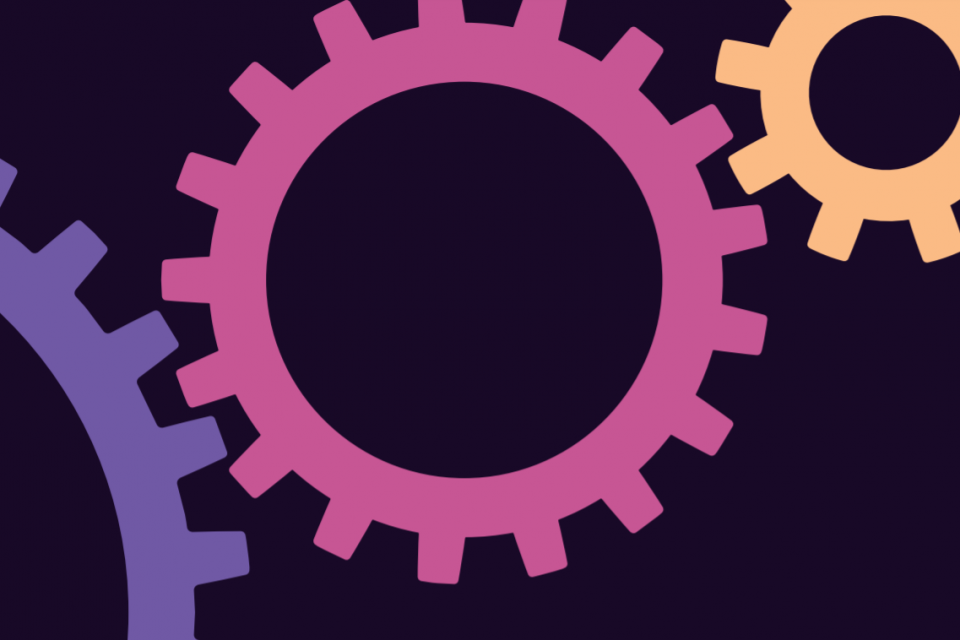 This publication is a collection of essays of the former members of the 2020 Public Services Commission and explore what next for public services and the role of the State. 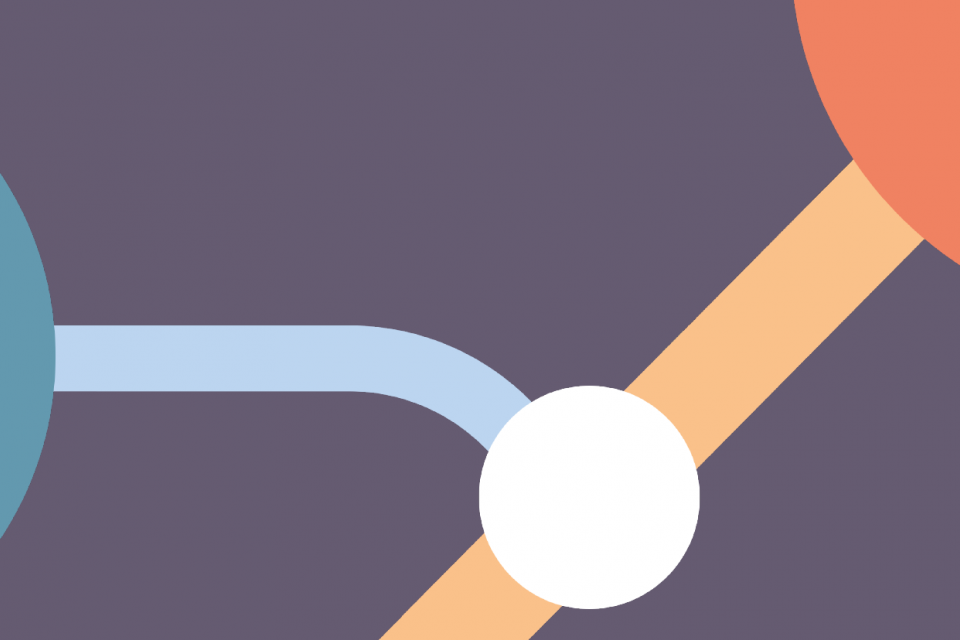 This working paper argues that investment in social infrastructure has long-run economic returns, but that the current spending system has led it to be neglected.