In this guest blog, Sally Copley, Director of Policy, Campaigns and Partnerships at the Alzheimer's Society highlights the poor, inaccessible and costly care and support people with dementia receive compared to other conditions.

“Mum was diagnosed with dementia in her early 70s. Dad cared for her at home for many years until the stress became too much and he had a heart attack. We then tried to access home assistance from the local council, this proved impossible. The only real option was to move Mum into a care home.

“Dad sold the family home and bought a small bungalow nearby. We all contributed to the top up fees for over seven years, amounting to hundreds of thousands of pounds. We then tried to access NHS funding for Mum, who was by now in an advanced stage of dementia. [She was] doubly incontinent, no longer able to communicate verbally and unable to feed or dress herself. The funding was refused. We couldn’t understand why. We knew people with cancer, advanced diabetes and brain tumours who had been awarded funding. Why is dementia treated so differently to other diseases?” - Sandy Sweet, whose mother has dementia.[1]

Dementia is the biggest health and social care challenge facing society. There are 850,000 people living with dementia in the UK, and there will be 2 million by 2050.[2] As numbers of people with dementia increase, the already significant cost to the economy of £26.3 billion[3] will increase too. And with people with dementia being the heaviest users of health and care services, with 70% of care home residents[4], 60% of homecare recipients[5] and 40% of older people in hospital, living with dementia,[6] and dementia being one of the leading causes of death in England and Wales[7], the imperative to act is clear.

The government has acknowledged dementia as one of the most complex conditions the system has to support. However, the system is failing people with dementia and people like Sandy, who is one of the 700,000 family carers providing support across the UK.[8] Without a cure or effective treatment for the NHS to provide, people affected by dementia are forced to rely on an underfunded social care system which often provides poor quality, inaccessible and unaffordable care.

The system must stop this inequity and provide people with dementia with the same care and support as those with other long-term, life-threatening conditions. The system cannot simply be slightly adjusted and short-term injections of funding, such as the £1.5 billion for social care over the next year, are insufficient and inadequate. We need a radical overhaul of the system, which funding alone will not provide. Commissioning, delivery and accountability mechanisms must also change to create a system that works better for people with dementia. And a system that works for people with dementia would work better for everyone.

“Being early-onset, Mum was a lot younger than the majority of the other residents, more active and communicative. The carers didn’t seem to know how to approach or deal with this when combined with her dementia. On one visit, as soon as I walked through the door I could hear mum screaming – I found her lying on the floor of the corridor with carers just walking around ignoring her.” - Alex Turner, whose mother has early-onset dementia[9]

Currently, people with dementia receive disproportionately poor care and support compared to people with other health conditions. Care Quality Commission (CQC) data shows more than a fifth of providers offering dementia care are rated as poor or inadequate, which is higher than the average for all providers.[10] At the root of this is a lack of training in dementia across the health and care workforce. Our Fix Dementia Care campaign has found that 38% of homecare workers we surveyed had no dementia training at all[11] and only 2% of people with dementia said all hospital staff understood the needs of people with dementia.[12] Behind the statistics, the human consequences are shocking and scenes witnessed by people like Alex are frequent. We have heard of people being left in soiled clothing, having urinary tract infections overlooked[13] and being rushed to hospital in a critical condition, barely conscious and hallucinating, as carers failed to notice a minor infection that could have been treated at home.[14]

People with dementia have a right to quality care and support that meets their needs. To help realise this requires a consistent standard of quality and training across health and social care. But it cannot end there, as other sectors, such as housing, are essential to keeping people with dementia safe, well and living in their own communities for as long as possible. Within the next ten years, everyone with dementia should feel confident that when they access services, the staff will be capable of supporting their needs with dignity. We need government, the health and care sector and voluntary organisations to work together to develop an evidence based standard of what ‘quality care’ is, which is used to shape services and pathways. CQC monitoring of training standards in health and care will be essential to driving up current training standards.[15]

Access: Connecting people to the system and their communities

“We have only been allowed to have carers coming in for seven hours a week, I requested 11 hours but social services refused. So Arthur spends hours on his own during the day. Arthur needs more attention, but I cannot give up work as we cannot afford to live on the benefits we receive. My health is suffering because of the pressure on me and I find it difficult to sleep because I worry about Arthur constantly when I’m not there.” - Jennifer Childs, whose husband, Arthur, has dementia.[16]

A diagnosis of dementia does not guarantee an offer or pathway of support as it does for other health conditions, such as cancer. A confusing health and care system can leave people with dementia having to navigate up to 20 different services to receive the support they need. Coupled with significant variation in provision across the country and self-stigmatisation, this can result in people affected by dementia being cut off from services and society. We know hundreds of thousands of people are disconnected from the system and are forced to face dementia alone. This negatively impacts those who care for people with dementia who, like Jennifer, are finding their own health deteriorating due to a lack of support from the system. Indeed, nearly two-thirds of carers (61%) responding to our survey said that their health has been negatively affected as a result of caring for a person who had dementia.[17] With the right support immediately after diagnosis, people with dementia can maintain their independence, carers can receive more help and unnecessary crisis situations, which create negative outcomes for both people and the system, can be avoided.

We want to see timely and crisis preventative support available for everyone with dementia, underpinned by a universal dementia health and care support offer that is coordinated and can be easily navigated. This will help ensure people with dementia receive consistent and continuous care and support no matter where they live.

The development of this support offer requires the collective efforts of the health sector, social care sector, government, voluntary sector and other organisations responsible for providing care and support to people with dementia. We believe this support offer should centre on access to an Alzheimer’s Society dementia adviser and community-based initiatives, which everyone with dementia should have. Our Dementia Connect model is a service that connects the person with dementia and their carer to practical support from an Alzheimer’s Society dementia adviser.[18] The dementia adviser can be a consistent point of contact to support people to navigate the health and care sectors to get the help available to them.[19] Investing in dementia advisers has been shown to be cost-effective for commissioners.[20] People must receive this level of support as no one should be forced to face dementia alone. This is also why the support offer should focus on community-based initiatives to help reduce loneliness and social isolation. Our Side by Side service is an example of an initiative that supports people with dementia to retain or re-engage in hobbies and interests or take up new leisure pursuits.[21] Delivery of the support offer must be system-wide to make it consistent for everyone with dementia no matter where they live.

To ensure every person with dementia receives the support they need after diagnosis, system-wide adherence to the relevant guidelines and frameworks and additional funding for social care are essential. An underfunded system restricts access to vital social care and creates additional pressure on the health system. In 2017, people with dementia spent 500,000 extra days in hospital, despite being well enough to go home, costing the NHS over £170m.[22] Without better integration and more funding for social care to enable the system to support them in the community, people with dementia will continue to be stuck in hospital, unable to leave, leading to worse outcomes and higher costs overall.

“In April 2017, Michael moved into a care home after it was decided he was no longer safe at home (…) The council contribution wouldn’t cover even the most basic homes. Michael and I have ended up paying about £500 a week so he can get the dementia care he needs (…) I’m terrified of what will happen when our savings run out this year (…)We saved for our retirement but we couldn’t have planned for this.” - Lynda Basford, whose husband, Michael, is living with dementia[23]

Conclusion: Creating a system that works for everyone

“People have given up fighting because they cannot fight both the system and the disease” - Hilary Doxford, person living with dementia and member of the 3 Nations Dementia Working Group[25]

Over the next 10 years, Alzheimer’s Society will continue highlighting the poor, inaccessible and costly care and support people with dementia receive compared to other conditions. Research will help inform improvements in post-diagnostic care and continue our search for a cure. However, we cannot act alone. Government, the health sector, social care sector and national and local stakeholders must unite to overcome the injustice people with dementia face every day. Today, on World Alzheimer’s Day, also represents an important opportunity to highlight and continue the essential global action international stakeholders have undertaken. Across the world, countries continue to look to the UK for examples of best practice on ways to support people living with dementia. This demonstrates the UK's influence, and at Alzheimer's Society, we want to ensure the UK's practice and policy provides the best support it can to all people affected by dementia, and is a world leading example for other countries to be inspired by. A world without dementia, and a better deal for people affected by dementia right now, is possible. We must unite now to overcome the current dementia injustice once and for all.

[10] Care Quality Commission. (2018) 15556 results from our site for Care Homes. Available at: https://www.cqc.org.uk/search/services/care-homes?location=&latitude=&longitude=&sort=default&la=&distance=15&mode=html 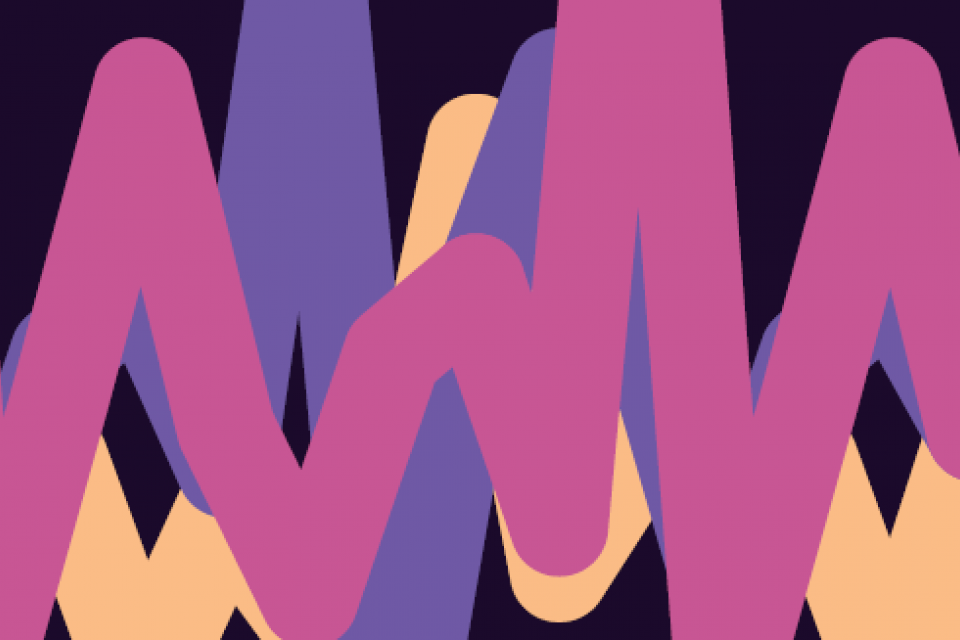 Inquiry into health and social care in England

In 2018/19, CPP embarked on an ambitious programme of research and engagement on the future of health and social care in England. 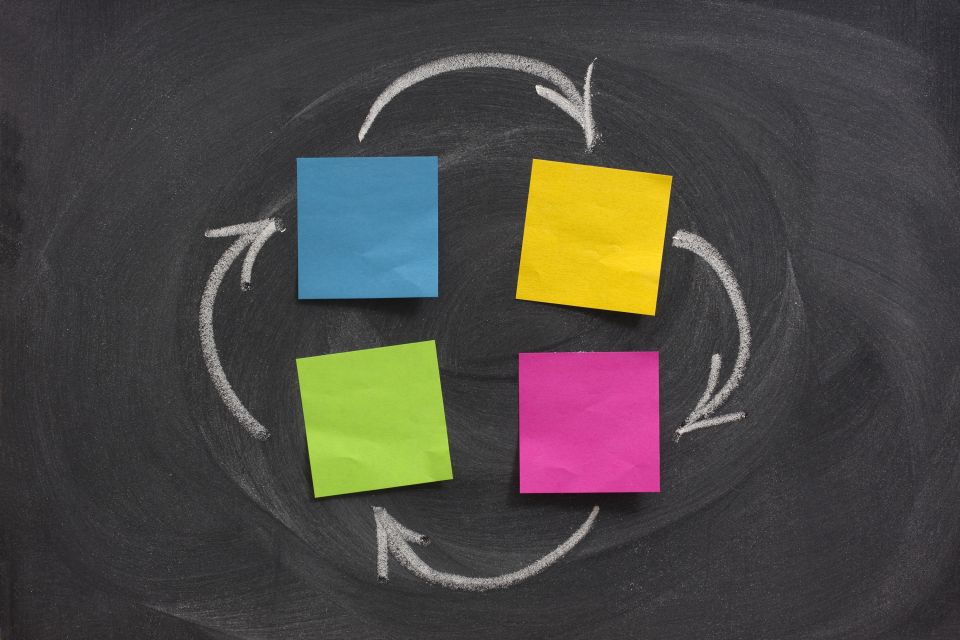 Moving to a new and holistic model of healthcare

In this guest blog, Siva Anandaciva, Chief Analyst for Kings' Fund, shows how the health and social care system can be reformed to address the root causes of poor health.