Possible increase for residents in Gateshead (to £2,153)

Possible increase for residents in Westminster (to £836)

Last week Labour leader Keir Starmer called for the government to halt a planned 5% rise in council tax, in order to protect struggling families during the pandemic. New CPP analysis shows how the proposed rise is unfairly distributed between places. Reform is sorely overdue.

Chancellor Rishi Sunak announced the planned tax increase in council funding at the November 2020 Spending Review. The Chancellor set out a 4.5% (or £2.2bn) cash terms funding increase for councils in 2021/22 in order to meet growing financial pressures beyond Covid-19. However, only £0.3bn of this is additional money from central government. The remaining £1.9bn is expected to come from increases in council tax, with councils allowed to raise their taxes by up to 5%.[1] In effect, these are tax rises through the backdoor – as few councils will be in a financial position to stave an increase without additional central government support. Instead, Labour proposes that the full gains of the anticipated tax increase of £1.9bn be grant funded by central government whilst we remain in an economic crisis.

The Chancellor’s decision to propose an increase in council tax now raises two fundamental points – should councils be raising taxes – and especially regressive taxes – during a downturn and do council leaders really have the choice over whether to accept the raise?

Increasing tax in a recession is economically unsound and advised against by a wide range of leading economists and international institutions, as it may further dampen demand. The cost of the pandemic is still rising and investment is needed drive an inclusive economic recovery. While rumours are circulating of potential tax rises in the forthcoming Budget, the Chancellor is yet to propose any increases at the national level while at the same time expecting local authorities to do just that. There is more than a hint of the economic leadership of a previous chancellor, George Osborne, who required local authorities to make larger cuts to spending than central government, just as government was championing devolution. Then, as now, forcing the hand of local authorities to either raise taxes or cut services put the recovery at risk. Further, increasing council tax is a regressive move. Even after accounting for the higher tax bands for higher value properties, and relief for some low-income families, the poorer parts of the population pay more tax as a percentage of their incomes.[2]

Council tax is in theory in the hands of local government, but in practice is tightly controlled by central government. Central government controls the maximum percentage councils can increase their rates by without a referendum (2% or 5%),[1] and then calculates grant funding based on the assumption that the allowed increase is implemented. The amount of council tax residents pay is also heavily shaped by historical legacy. As a result, the power of councils to use council tax to make local policy or investment decisions is very limited.

How council tax varies between places

Allowing – and expecting – councils to increase council tax by 5% will mean very different things for households in different parts of the country. Whilst the percentage increase is uniform across the country, the starting point in absolute terms is very different. This means that the same percentage rise will exacerbate gaps in the amount paid by residents. If we follow the Chancellor’s assumption that councils increase tax by the maximum allowed, Band D householders in Gateshead’s council tax will go up in April by £108 in 2021/22 compared to £71 in Windsor and Maidenhead (the full list of local authorities can be found here).[3]

n.b. Graph shows potential increase in Band D council tax paid were all relevant authorities to use the maximum increase allowed set out by the Chancellor. This includes tax paid to lower tier and upper tier councils, combined authority, police authorities and fire authorities. Allowable increases are based on the provisional local government financial settlement, except for the Greater London Authority which draws on a subsequent GLA announcement. Some authorities have stated they will not implement the maximum allowable increase. There is little rhyme or reason to differences in council tax levels across the country.

In practice, this leaves a system that is, overall, regressive with respect to property values and incomes.[4] Council tax is lower on average in London households than the rest of England - £1,531 v £1,875[5] – but it is also more variable and faces a greater percentage increase this year due to a 9.5% increase in the Greater London Authority contribution. Beyond this London exceptionalism, there is no clear geographic pattern to variation, nor do rates correlate with socioeconomic indicators. Rates are low in Windsor and Maidenhead and high in nearby Woking, high in Liverpool and low in nearby Wigan. The lack of sound reasoning for why levels differ between places means that simply raising council tax will do little to support rightful ambitions to level up or drive economic recovery. Whilst nominally bringing in £1.9bn, the inconsistent and unfair impact on households and communities of an enforced rise in council tax means there is at best an unclear link between who ends up paying more council tax where.[6]

Variation is a sign of historical legacy rather than local empowerment

In some cases, it would be reasonable to argue that variation in local taxes is a positive sign of local democracy. However, that is not what is happening here.

The variation in tax increases is the legacy of historical choices that have been locked in by recent central government policy. The starting point for council tax is 1991 house prices, which in itself creates perverse outcomes including the banding of new build properties in relation to older housing stock. In addition, prior to 2005, councils were relatively free to set their own rates which led to growing divergences in local rates. As shown in Figure 3, how council tax varies between places depends almost entirely on how they varied between places in 2003/4. Central government has subsequently made several decisions on council tax, including controlling the percentage increases allowed each year, which have had the effect of narrowing the options local leaders have to maintain financial sustainability.

Government funding policy means higher council tax rates do not fully translate to more money for service provision. Locking in historical decisions on council tax levels from 2005 would be more palatable if it translated through to the money available for local service provision. However, government cut grant funding from 2016/17 based on the council tax level the previous year which contributed to the decoupling of rates paid and services. This means that currently, all else being equal, one area receives less grant funding from central government than another simply because it asked residents to pay more tax in 2015.

Councils still have the theoretical flexibility to increase council tax by less than the amount allowed, or even to cut it, but tend not to. If councils raise under the full amount, their central government grant funding will remain at the same level, leaving them with no choice but to cut local services further, such as libraries, leisure centres and care services, compounding the impact of a decade of severe cuts. Recently, some leaders have said that they will not increase council tax by the full 5% to protect residents, but this is a very difficult decision to make given the current state of local finances. The Chancellor’s funding statements assume that councils will increase their tax by the maximum allowed, with the social care grant being specifically designed around this assumption. Last year 85% of social care councils raised tax rates within 0.1% of the maximum allowed, and none cut council tax. Councils are also able to increase tax by more than the maximum if they hold a referendum, but none have yet chosen to do this to date. This suggests flexibility is in name only.

What can be done?

Labour has called on the government to halt the raise of council tax during the current economic crisis. Raising council tax at this moment both risks our economic recovery as well as having a muddling effect on levelling up. Centrally funding the additional £1.9bn for councils would help to ease current pressures on household budgets but looking ahead reform of the tax is needed to make the system fairer.

Successive governments have dodged calls for comprehensive reform of council tax (as well as business rates). Since Labour’s objection to the current Chancellor’s planned increase, there has been a resurgence in demands to replace council tax in its entirety. Any such reform should be designed to restore the link between local rates and local democratic decision making and accountability, make the system fairer, and, support deeper shifts in the structure and outcomes of our economy. Fiscal policy, both national and local, is one of the most effective tools in our economic arsenal for driving inclusive recovery and environmentally sustainable growth.

Whilst momentum builds for broader reform, there steps that the government can already bring forward. CPP calls on the government to delay local tax increases and then help to address the unfair, historical variation in council tax, by:

Without any sort of reform of council tax, the financial impact of historical decisions will become larger and larger. The ever-increasing cost of social care coupled with the current government’s desire to shift away from central grant funding point towards continued council tax increases. So long as these are specified in percentage terms and have a direct impact on the amount of grant funding subsequently provided by central government, the difference in local tax paid by residents will continue to grow and manifest England’s council tax postcode lottery.

To ensure local democracy thrives, residents need to be able to hold their local leaders accountable for service provision based on choices that have been explicitly made, as opposed to either those they are forced to make or historically inherited.

[1] Councils with social care responsibility can increase council tax by 5%, with the remainder allowed a 2% rise. As social care councils raise the majority of council tax this translates to an average allowed increase of 4.6% (of overall core local government spending which includes council tax, business rates and grants, in line with government definitions). The Chancellor’s announcement also assumes that the tax base will increase by 2% leading to a total increase in council tax raised of 6.6%, or £1.9bn.

[2] “Even after accounting for council tax support (which reduces council tax liabilities for low income families), the poorest tenth of the population pay 8% of their income in council tax, while the next 50% pay 4-5% and the richest 40% pay 2-3%” see https://www.ifs.org.uk/publications/14128.

[3] These differences would appear more stark if the police authority element of council tax was excluded. This is specified in absolute terms – a £15 increase is allowed – and so does not exacerbate existing gaps.

[5] Figures are for an average Band D household.

[6] See full list of local authorities by potential rise separate to this document and published here.

[8] This also means that the legacy of fixed percentage grant funding cuts that has disproportionately impacted poorer areas in the mid-2010s also persists. 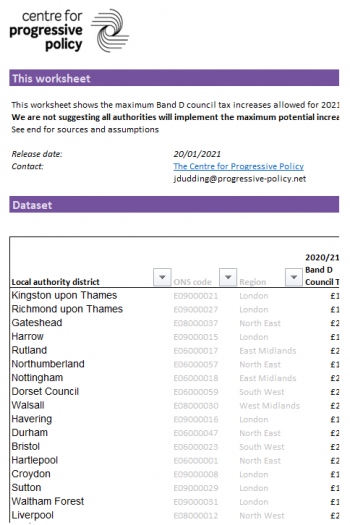 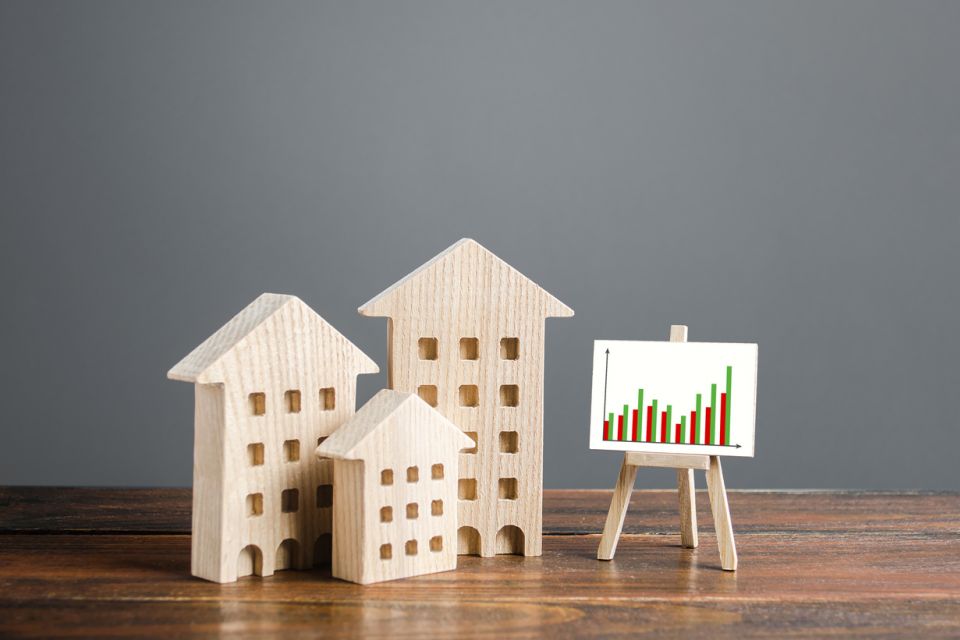 John Dudding writes for the MJ and argues that the proposed increase in council tax makes levelling up and fostering inclusive growth more difficult. 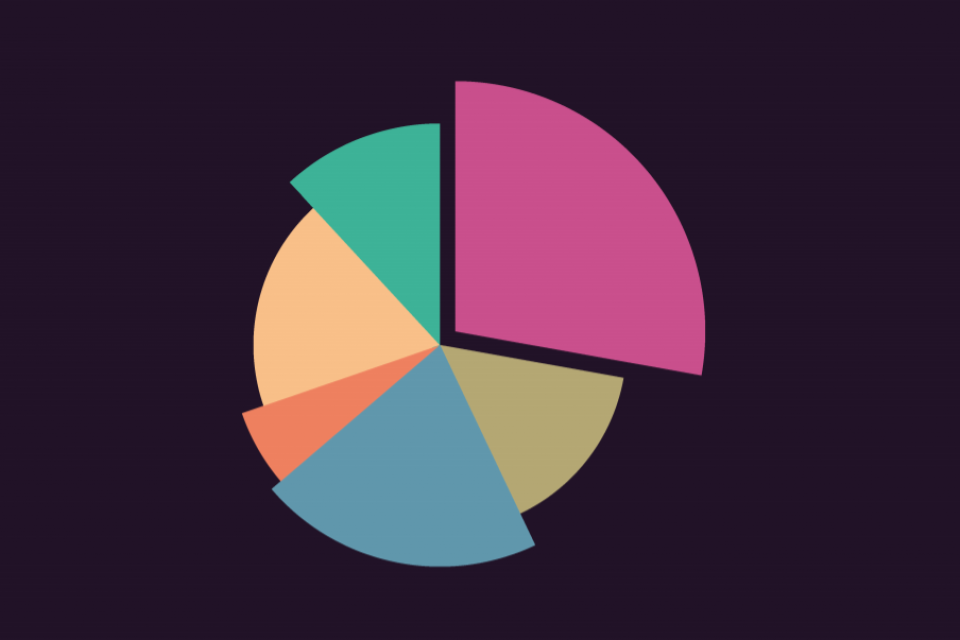 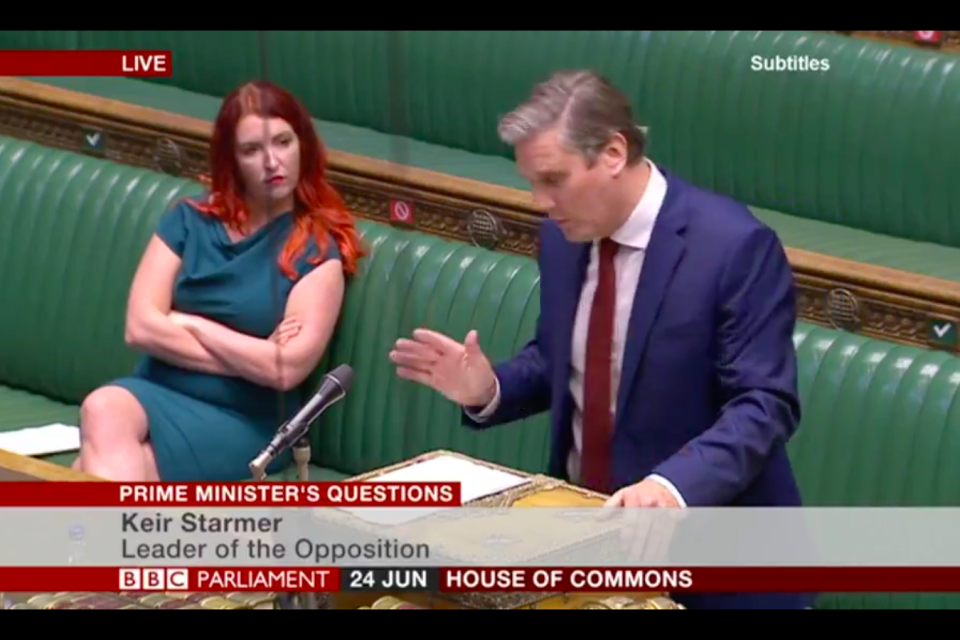 Labour Leader Keir Starmer refers to CPP's finding that eight out of ten councils are at risk of effective bankruptcy unless the government increases its Covid-19 funding.