The March Budget must show that the government understands the scale of the social and economic challenges ahead and the size of the policy response necessary. It is our 21st Century post-war moment.

The prospect of gradually and safely opening up the economy and society is tantalisingly close. It is a time for cautious optimism, for thinking beyond the hourly struggle and towards our post-Covidland reconstruction. We have been stuck in Covidland for nearly a year, firefighting a pandemic with mutant strains and the worst economic crisis for three centuries. The UK’s Covidland experience is unique not just for the number of deaths from the disease but because it has coincided with a separate seismic political and economic event – Brexit – which has come with its own daily political and economic headaches. It has been a testing time like no other, but there is light at the end of the tunnel. The UK’s highly effective vaccination programme and an effective lockdown has dramatically reduced the number of coronavirus deaths during February and will substantially bring down hospital admissions in March. The time for thinking beyond the daily Covidland news cycle is coming and we must be on the front foot to address the massive challenges ahead.

Battling the pandemic has driven many analogies to war, but now is the time to draw parallels with national efforts around reconstruction and healing rather than fighting

Battling the pandemic has driven many analogies to war, but now is the time to draw parallels with national efforts around reconstruction and healing rather than fighting. The country that emerges from the crisis will not be the same as the one that went into it, and the Budget must use this starting point to frame the policy response.

People and communities have changed. We’ve gone through a very painful collective experience where neighbourhoods have worked together to support the most vulnerable but where inequalities in health and economic opportunity have been so brutally exposed. The expectation and desire for a different way of living, working and learning together has never been greater. The desire to sustain and nurture communities never stronger. And we are now armed with the knowledge that it is possible to address massive social challenges with sufficient political will – just look at the Everyone In scheme which ended rough sleeping for thousands of people virtually overnight or the huge national effort to create, manufacture and dispense coronavirus vaccines in under a year.

In the short to medium term, it will lead to a spike in joblessness once the furlough scheme ends and lower overall demand in the economy

The economy will also be very different. The high street has been gutted by a rapid acceleration in online retail sales. Major high street brands like Topshop will now only be seen on computer screens and many shop fronts will lie idle and derelict. Meanwhile consumers will decide that much of the stuff they bought before the pandemic was unnecessary – preferring instead to cut their own hair or cook their own food. While that might sound trivial, it amounts to major shifts in consumer preferences which will take time to feed through the economy and society. In the short to medium term, it will lead to a spike in joblessness once the furlough scheme ends and lower overall demand in the economy. While the Bank of England predicts we will see a large bounce back in activity as the vaccine takes hold, it will still take years to return to the level of output implied by our pre-crisis trend. And as with the 2008 crisis, it may not return at all and many vulnerable local areas could be particularly badly hit.

These dramatic shifts in the economic and social fabric of our country will require a generation defining plan focusing on communities, job creation, skills and investment. While this year’s budget cannot hope to have all the answers, it must start to sketch a way forward and signal that the government has the necessary level of ambition in each of these areas. Inevitably, this means more public sector spending and not a return to austerity. It requires - as mainstream economists nearly universally agree – an injection of Keynes not Friedman - extending spending well into the post-coronavirus reconstruction phase. This is not just the view of economists but most importantly the public who saw austerity destroy many of the services that would have delivered greater community resilience and saved lives during the pandemic. It is the reason why ministers are so keen to avoid their policies being branded as a return to austerity.

In the face of these challenges and the heightened public desire for change, the government has slogans rather than a strategy, eye catching ideas rather than well worked up policies

In the face of these challenges and the heightened public desire for change, the government has slogans rather than a strategy, eye catching ideas rather than well worked up policies. It must now go further and articulate how it will fully realise its ambitions.

This government’s biggest slogan is levelling up. It is supposed to be about addressing place-based inequalities and empowering local people, but there has been scant detail on what levelling up means in practice and a worrying tendency for the government to centralise public policy decision-making during the crisis. More specifically, while the government provided emergency relief to councils in 2020, it has appeared at best ambivalent about the important role local spending can have in delivering the community infrastructure and services necessary to both survive the pandemic and then level-up.

The political stakes are high for net zero as the UK prepares to host COP26, but current levels of public investment fall way short of what’s needed to reach the 2030 target and to have a significant impact on job creation. A proper plan for green jobs must be built into place-based industrial strategies which harness the existing strengths of high value add industries, linking up with local colleges and universities. Since they were quietly dropped by Boris Johnson’s government, we have had no indication about what’s next for local industrial strategies. It was thought the promised Devolution and Local Recovery White Paper would pick up on these, but that continues to be delayed.

Conversely, the Skills for Jobs White Paper does go beyond slogans and shows that the government values the role of further education as a way out of the crisis, but the emphasis on meeting the employer’s needs is a reductive way of prioritising the skills and training that people will require. Instead, skills policy should align with the wider economic and industrial strategies of places so that those who are unemployed can access good local jobs both now and in the future. The rise of in-work poverty after the 2008 crisis should caution us against simply pandering to the demands of employers to keep the unemployment figures down.

Health may yet become the biggest political football of the lot. Major reform of the NHS has been proposed which, alongside the end of Public Health England, will mean a wholesale restructure of the health service and our systems for population health. Such a monumental undertaking must amount to more than a just power grab by central government and instead be part of coherent strategy to address the inequalities in population health exposed by the pandemic. This means a focus on the systems of prevention that include and go beyond the NHS.

On each of these issues the government has presented eye-catching slogans but, partly due to the crisis-stricken nature of its first year in office, failed to lay out a coherent set of policies to realise them. The good news is that the pandemic has proven that governments - central and local - and communities – north and south – can do incredible things within months not decades. Over 70 years ago, the UK’s modern welfare state was born out of the ashes of the second world war and it is now time to radically invest in and update its ageing and hollowed out infrastructure as this generation faces its moment of truth. The government must urgently set out a plan of substantial scale (and likely cost) and the Chancellor can use the 2021 budget to signal this. It is the only way out of Covidland. 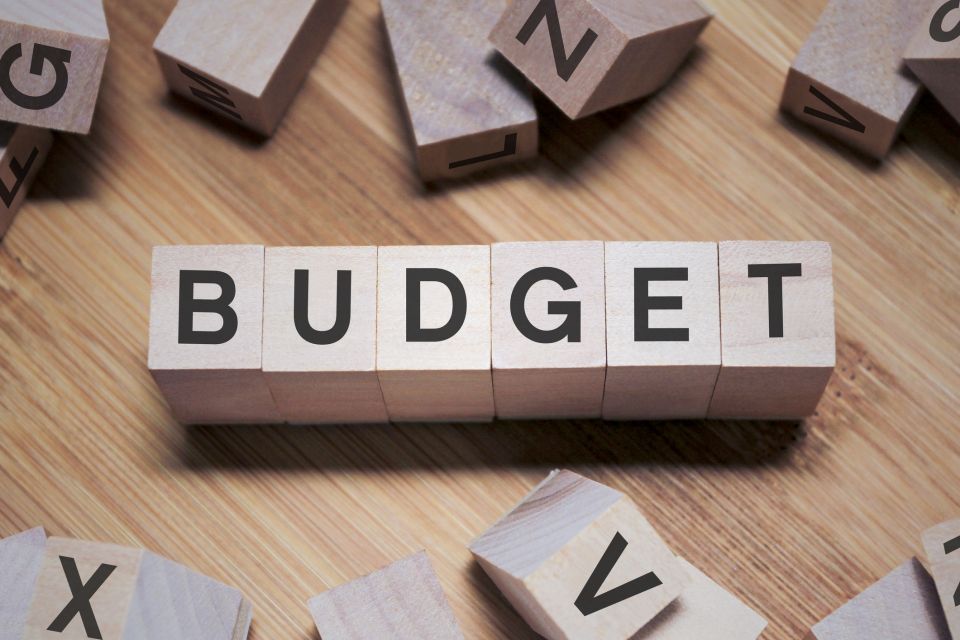 Five things CPP wants to see from the Budget

Don’t expect too much from this Budget, but the Chancellor can take decisions now that will pave the way for a brighter future.

Listen to Charlotte Alldritt emphasising the role of local public services in fighting inequality and driving forward the levelling up agenda.